For the last week-and-a-half Mindy and I have been excavating at Tel Burna (also known as Tell Bornat).  So far the finds have been numerous and the fun ubiquitous.

You can check out the Tel Burna Excavation at the official website.
and Mindy's blog where she has been posting a lot of pictures of the excavation. 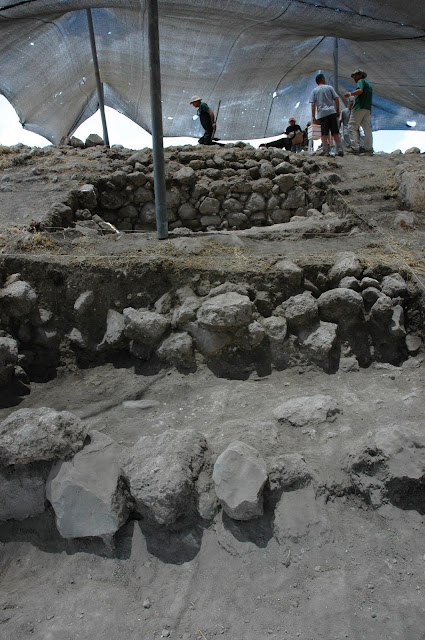 Mindy and I's square for the last week and a half - photos courtesy of Amit Dagam. 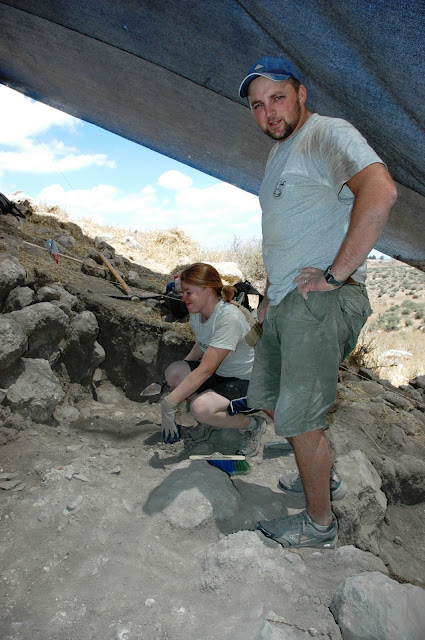 Working hard.  This is probably a 9th century destruction level - although no one knows how far it will go across the site. 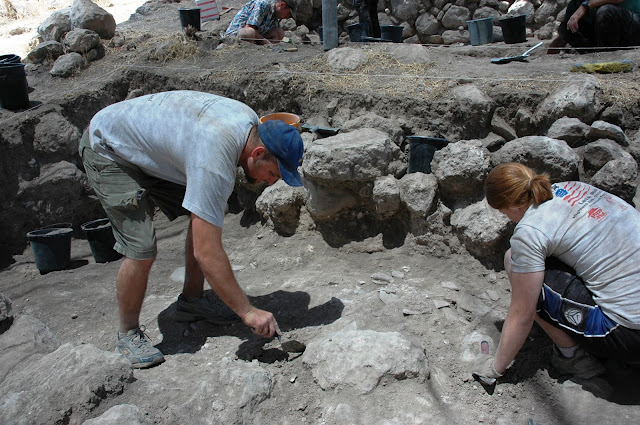 The site of Tel Burna is very interesting - it is in the Shephelah very close to Beth Guvrim/Maresha. It has never been excavated and the Israelite period is directly on the surface (a rarity nowadays). This is the first season of excavation and already the finds have been quite interesting including the discovery of Iron II fortification walls and a 9th century destruction level. Geographically, Burna may be identified with the biblical city of Libnah, which was a border town and Levitical city within Judah (Josh. 15:42; 21:13) on the fringe of southern Judah near Philistia.  Two other prominent candidates for Libnah are Tel Goded and Tell Zayit.  The excavations at Tel Burna are being carried out under the direction of Drs. Itzick Shai and Joe Uziel. 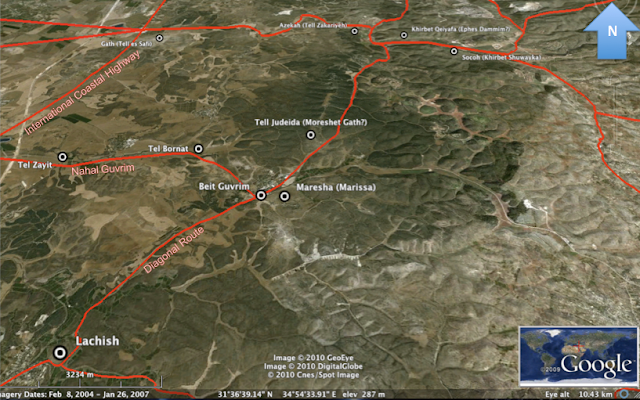 Here is a biblical concordance of Libnah.  Note that in order for a site to be Libnah it need have material culture (remains) from each of these periods (unless of course that period was completely robbed out - which sometimes happens.) 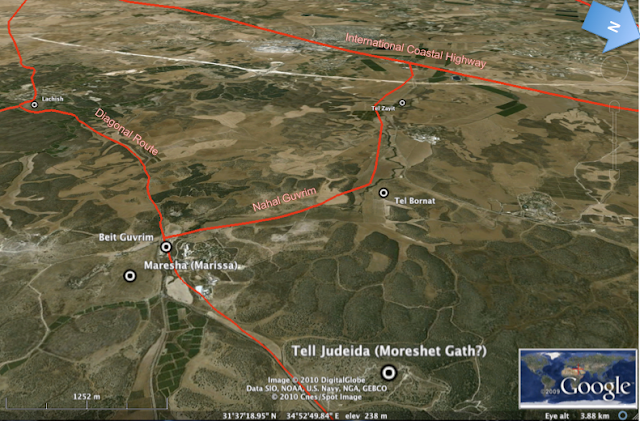