The dates for Tel Burna's excavation seasons have just been announced. Can't wait to go back for a couple days with IBEX this November to continue work at this fascinating site.  You can see some of Burna's fortifications here. Our short season will include a continuation of the surface survey, as well as a clearing of brush around some of the fortification lines.

Here is what Sir William Matthew Flinders Petrie (of headless fame) had to say about the site in 1891 in his journal on Tell el Hesy:


“Tell Bornat – Late Jewish pottery, no Greek (?) or Roman. Top is in crops, the sides half barren.  About 200 feet square with long slopes."

Petrie's description was spot on as this is the exact archaeological picture (there were no such designations as EBIV/MBI/IB, LB I, Iron IIa in Petrie's day) we have of Tel Burna with the same dimensions he describes nearly 120 years ago.  As confirmed by Google Earth. 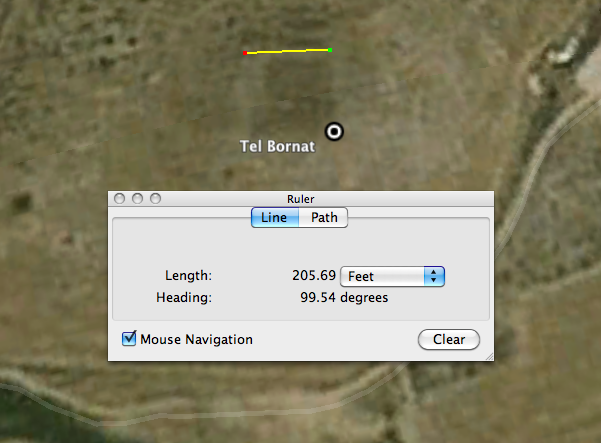 (oriented due north
Posted by Chris McKinny at 4:09 AM