His reply
Ok man
Wow
Don't worry about the length :)
well I guess it makes sense to me now about gentiles and the gospel that's cool by me and in some ways, i am not 100% sure about it but ok i think it makes a good point,  cause why would they go against Jesus right?..but...I was told that believing in a man that is g-d is idol worship
So my question
Can you separate believing in his message??
With believing in him? 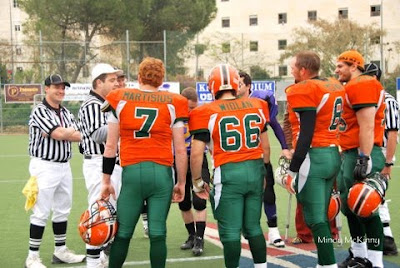 2.) the Son of David (rightful king of the Jews - the Davidic heir - through his lineage Matthew 1 and Luke 3)

3.) the Prophet (“The LORD your God will raise up for you a prophet like me from among you, from your brothers—it is to him you shall listen—”(Deuteronomy 18:15 ESV))

5.) the Son of God, and most of all God's equal (“I give them eternal life, and they will never perish, and no one will snatch them out of my hand.My Father, who has given them to me, is greater than all, and no one is able to snatch them out of the Father’s hand. I and the Father are one.”
The Jews picked up stones again to stone him. Jesus answered them, “I have shown you many good works from the Father; for which of them are you going to stone me?””
(John 10:28–32 ESV)).

Is it possible to follow the call of Jesus (obedience to his commandments) while denying his claims about himself?

As the great Clive Staples Lewis (Chronicles of Narnia) wrote - He is either Liar, Lunatic, or Lord - I have gambled my life and soul on the belief that Jesus is the latter.

Jesus' message and claim to be God are inseparable - they are part and parcel of what he represents. His message is utterly meaningless and devoid of any merit without him being who he says he was, namely God. Claiming that Jesus was a good teacher with a good message while ignoring his claim of divinity - would be like praising Hitler for his major technological, medicinal advancements while ignoring his murdering of 6 million of your brothers and sisters.

My question to you then is - Is Jesus God or was he a blaspheming liar? How could someone speak the way he did, know Torah the way he did, have compassion on people the way he did all in the name of God and then commit the mortal sin of claiming to be God, unless he was who he claimed to be?

Does this following statement sound like a liar or a lunatic?
“And when they came to the place that is called The Skull, there they crucified him, and the criminals, one on his right and one on his left. And Jesus said, “Father, forgive them, for they know not what they do.” And they cast lots to divide his garments.”
(Luke 23:33–34 ESV)
Posted by Chris McKinny at 5:47 AM

I've been reading every word of your blog and I love it. Can't wait to hear the end of the story...hopefully it's a good one. Either way, let us know what happens-- he seems OPEN! I am praying.

Thanks dude appreciate the prayers - I hope this is not the end of the story - I am praying that I get more opportunities. I will update if we talk more...