We visited some of my favorite sites during this travel-packed day. We began by hiking west of Jerusalem deep into the Sorek system. Here we discussed the meaning of 1 Kings 4:20-34, particularly the meaning of the phrase “each man under his own vine and fig tree.” It was very interesting to visualize what physical fulfillment meant to Iron Age Israel. Physical fulfillment did not mean a 401 (k) plan, a paid off mortgage, or a three-car garage, it meant a self-sufficient, peaceful life in service to the king. This was particularly interesting when we looked at a cave along the trail that in all probability was the dwelling of an Israelite villager during the time of Solomon (based on the dating of the wall in front of the cave to the Solomonic period 940-900 B.C.). This place had it all: water (two springs), food (grapes, pomegranates, and other winter fruits), and even shade (cave and forested wadi side). 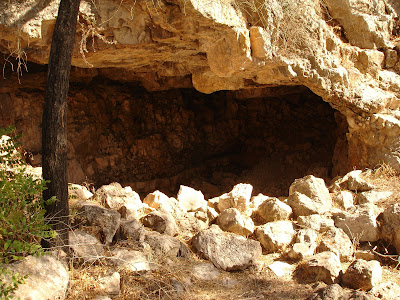 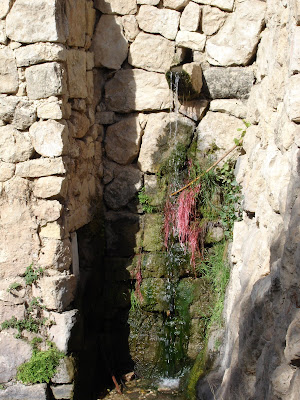 After hiking in the Sorek system we went to Beth-Shemesh, which is also in the Sorek system, the Sorek valley. In Biblical times this was occupied by Israelites during the judicial and monarchical period and was the location of the re-acquiring of the Ark of the Covenant (1 Samuel 6). It is also central to the Samson story as it sits right between Samson’s home (Mahane Dan) and Timnah (Judges 13-16). 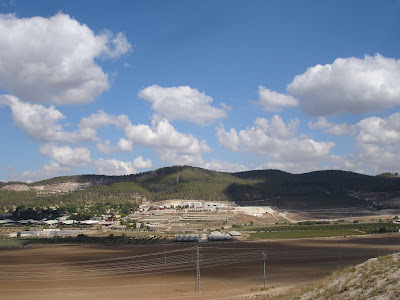 Azekah in the Elah Valley was our next stop. Azekah has a wonderful overlook of the geographical places mentioned in the David vs. Goliath story (Socoh, Ephes Dammin, Azekah, and Elah Valley) found in 1 Samuel 21. From this vantage point I could grasp the battle plan and the transitory nature of the Shephelah. 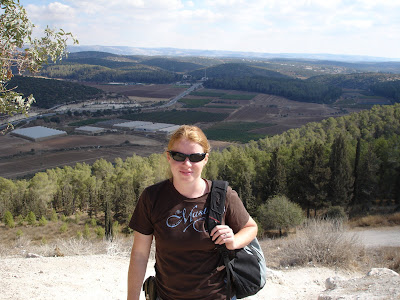 Lachish was our last stop in the Shephelah. Gabi Barkay excavated here for 30 years and uncovered some of the most important material in all the land of Israel, most notably the Lachish Ostracai. During the time of Hezekiah, Lachish was one of the most important cities in all of Judah. It sits in the middle of the Lachish valley, which is the last major valley in the Shephelah (Adoriam is not as strategically important), and was Hezekiah’s last toehold into the International Coastal Highway. Around 705 B.C. Sennacherib besieged Lachish and brutally ransacked the city. The archaeological evidence bears witness to the Assyrian siege. There is a very large siege ramp in the front of the tel, a counter-siege ramp just inside the wall, and a multitude of arrow-heads scattered on both sides.

Our last stop for the day was Ashkelon, this was largely for entertainment and aesthetic purposes, but some of my classmates made the visit to the Philistine city-state very worthwhile, as they had both dug there for the last few summers. The sunset over the Mediterranean was beautiful and the MB gate was very interesting. 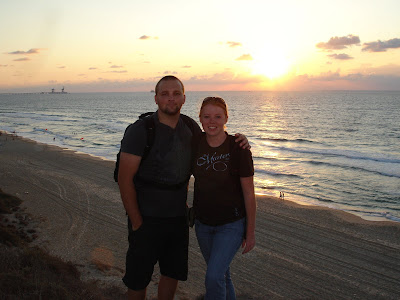 Posted by Chris McKinny at 5:13 AM

awesome pictures. that one where you're on the beach looks like you're standing right next to the water...and then you look closer and notice that there's tiny people in the background