Context:
One of my teammates has been asking me about the New Testament (unprompted by me by the way).  He has taken multiple classes on the subject of the New Testament and has formalized some ideas in his head.  He tells me that he likes the New Testament, even likes Jesus, but has one big problem with the story - The Great Commission (Matthew 28:16–20) - he claims that this passage is totally against the entirety of Jesus' ministry because Jesus said to only go "to the lost sheep of the house of Israel" (Matthew 10:5-6).  The Great Commission then goes beyond the teachings of Jesus and changes the focal point of Jesus' ministry from the Jew to the Gentile. Despite this seeming contradiction, my friend, is drawn to the teaching of the Nazarene and ponders the "truthfulness" of His claims.  One of the most promising statements he made was, "if it is true (the gospels' portrayal of Jesus as the Messiah) then my tradition (Jewish interpretation and traditional lifestyle) is unimportant because it is keeping me away from the truth - the truth is what is important." 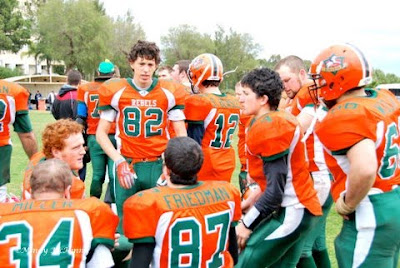 My Response to this Argumentation:
Jesus ministering to Gentiles before the end of Matthew:
“When he entered Capernaum, a centurion came forward to him, appealing to him, “Lord, my servant is lying paralyzed at home, suffering terribly.” And he said to him, “I will come and heal him.”But the centurion replied, “Lord, I am not worthy to have you come under my roof, but only say the word, and my servant will be healed. For I too am a man under authority, with soldiers under me. And I say to one, ‘Go,’ and he goes, and to another, ‘Come,’ and he comes, and to my servant, ‘Do this,’ and he does it.” When Jesus heard this, he marveled and said to those who followed him, “Truly, I tell you, with no one in Israel have I found such faith.I tell you, many will come from east and west and recline at table with Abraham, Isaac, and Jacob in the kingdom of heaven,while the sons of the kingdom will be thrown into the outer darkness. In that place there will be weeping and gnashing of teeth.”And to the centurion Jesus said, “Go; let it be done for you as you have believed.” And the servant was healed at that very moment.”
(Matthew 8:5–13 ESV)

His Reply:
I agree with this. I myself would say that this (about the people of Israel not being so close to the kingdom) part was added on, but let's say Jesus said it if this is the case, then why Jesus didn't give the word to non-Jews during his lifetime, and only gave his word to the Jews?

My Reply:
The whole point of this story is that Jesus is giving the Gospel to a non-Jew - a centurion in fact! As Roman as you can get. Later on in the chapter Jesus heals two men with demons - who were from the Decapolis. The Decapolis "10 cities" was Gentile territory - 10 cities that were under direct Roman rule - cities like Scythopolis (Beth Shean), Hippus (Susita), Gadara (in Jordan today - but the bathhouse Hammat Gader is just inside Israel) - these cities were the frontier land for the Roman empire. In various spots in the Gospels Jesus goes to the Decapolis for ministry. When Jesus goes to the other side of Yom Kinnereth (Sea of Galilee) - he is going to the Gentiles. Now I will not dispute with you on whether or not Jesus' focus was to the Jews - that goes without saying - he claimed to be the Messiah and the King of the Jews and he lived in Judea! However, that does not mean that parts of his ministry were not directed to the Gentile world. Consider these examples:

“And he went throughout all Galilee, teaching in their synagogues and proclaiming the gospel of the kingdom and healing every disease and every affliction among the people. So his fame spread throughout all Syria, and they brought him all the sick, those afflicted with various diseases and pains, those oppressed by demons, epileptics, and paralytics, and he healed them. And great crowds followed him from Galilee and the Decapolis, and from Jerusalem and Judea, and from beyond the Jordan.” (Matthew 4:23–25 ESV) - mixed followers Jews and Gentiles - Gentiles from Syria and the Decapolis bring their sick and Jesus heals them - treating them the same way he treats Jews from Judea and Jerusalem. 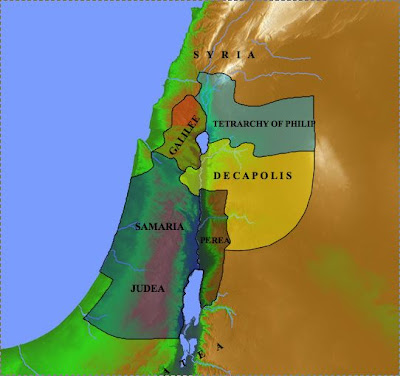 “And they came to Jesus and saw the demon-possessed man, the one who had had the legion, sitting there, clothed and in his right mind, and they were afraid. And those who had seen it described to them what had happened to the demon-possessed man and to the pigs. And they began to beg Jesus to depart from their region. As he was getting into the boat, the man who had been possessed with demons begged him that he might be with him. And he did not permit him but said to him, “Go home to your friends and tell them how much the Lord has done for you, and how he has had mercy on you.”And he went away and began to proclaim in the Decapolis how much Jesus had done for him, and everyone marveled.” (Mark 5:15–20 ESV) Not only does Jesus heal a demon-possessed man - he tells him to not follow him in his ministry (predominantly to the Jew), but to go back to his country as a witness and a testimony to his healing so that his family and his town (Gentile Romans) might believe in the Lord! A clear example of Jesus wanting the Gospel of the kingdom to spread not only to the Jew but to the Greek as well (parallels nicely with Matt. 28 I might add).

My friend these are not the only examples either - they are plentiful throughout the gospels.

It is true that Jesus "primary" ministry during his lifetime was to the Jews as evidenced by this passage:
“These twelve Jesus sent out, instructing them, “Go nowhere among the Gentiles and enter no town of the Samaritans,but go rather to the lost sheep of the house of Israel. And proclaim as you go, saying, ‘The kingdom of heaven is at hand.’” (Matthew 10:5–7 ESV)

There are a number of reasons why Jesus' earthly ministry was predominantly to the Jew - one he was Jewish, two he lived in a Roman province (Judea) that did not look too kindly on insurrection, three his ministry only lasted three years and encompassed a very small area (Galilee, Judea, Perea, and smaller incursions to Samaria, Sidon, and the Decapolis). Which is why Jesus told his disciples in the Upper Room the following:

“Believe me that I am in the Father and the Father is in me, or else believe on account of the works themselves. “Truly, truly, I say to you, whoever believes in me will also do the works that I do; and greater works than these will he do, because I am going to the Father. Whatever you ask in my name, this I will do, that the Father may be glorified in the Son.” (John 14:11–13 ESV)

You might ask - How is it possible that the disciples would do works greater than Jesus?!? A good question - Jesus is referring to works that are greater in the sense of extent - greater in the sense of breadth. The disciples would outlive Jesus (and by that I mean abide on earth after Jesus had ascended into heaven) and their ministry would extend to all of the known world - Peter's sermon in Acts 2 produced 3,000 Jewish converts - much more than Jesus had during his earthly ministry. This was only the beginning though as the Gospel spread from Jerusalem to Judea to Samaria to the Mediterranean Coast and eventually to the heart of the Roman Empire. My point in all of this is to say that Jesus' plan was two-fold - in My life I want to build a foundation of followers (the disciples and a few hundred followers 1st part complete) which My death and resurrection will be the focal point and leaping pad by which the second part will take and proclaim my Messiahship to the Jew first and then the Greek (second part is still going and will not be completed until the Christ returns in glory and redeems His people, Israel).

Sorry for the length - but I wanted to make it clear that Matthew 28 was not an add-on to Jesus' message - it was all part of the divine plan from the beginning.

See you at practice,
Chris

Stay tuned for part two
Posted by Chris McKinny at 6:43 AM