The Travels of a Short-Term Bedouin

Over the past week I returned to the Hashemite Kingdom of Jordan. This time I went with a class focused on understanding the cultural background of the biblical world. Specifically this trip was directed at experiencing the day to day life of Bedouin and poor villagers. The idea behind doing a trip like this is to gain some experiential knowledge by looking at the ethnographic present of the Old Testament past. What that basically means is that the lifestyles of the present-day Bedouin and poor villagers resemble the lifestyles of the Israelites in the Old Testament. This can only be seen in places where there is little to know advancement in technology (including electricity and plumbing). Since the technology (or the ability to have technology) has not changed and the geographical, climactic factors remain unchanged there must be similarity between the two groups. After experiencing about a week among them (which is nowhere near enough to make a definitive statement - but enough to know that I am glad I live in the modern world) there is no question that there is a good deal of similarity between the modern Bedouin and the ancient patriarchal world.
Here are some pics from my journey. 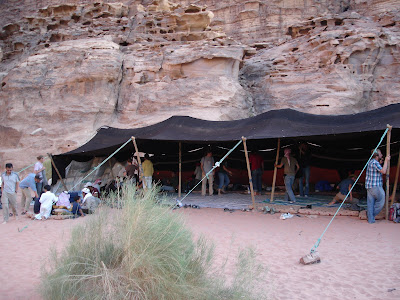 The Bedouin tent is made up of goat skins, rope, and wooden poles. The goat skin provides
a barrier from the brutally hot sun and insulation from the cold night. Much of the patriarchal
story in Genesis occurs within the confines of the Bedouin tent. 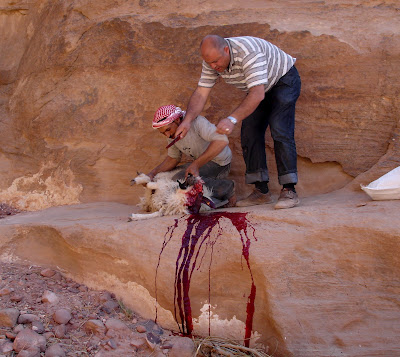 Dinner - the bloody world of the patriarchs. We ate this sheep about 6 hours after it was killed.
It provided good insight into the connection between life (food) and death (the food)
in the biblical world and how that developed into a redemptive work. "Indeed, under the law
almost everything is purified with blood, and without the shedding of blood there is
no forgiveness of sins." (Heb. 9:22) 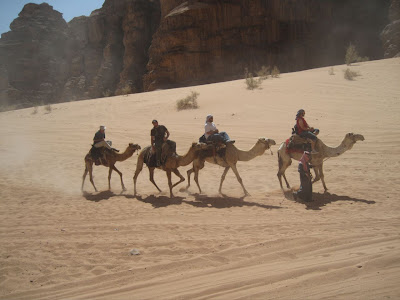 Camels - the ships of the desert. In antiquity people groups like the Edomites and Nabateans
used camels as their vessels - shipping off from one port to the next. Taking their cargo from
as far as India to the ports of Gaza and Caesarea. 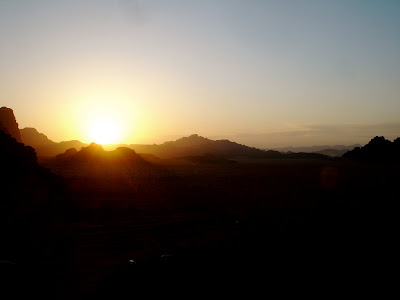 My favorite part of the desert was the sunset. Unbelievable.

(For more pics - look at my Facebook page)
Posted by Chris McKinny at 1:35 PM